Beautiful Britain - The Back Walk

We got to visit a number of places on our recent visit to Scotland and for the next wee while I plan on sharing some of that.
There's a number of ways to get to Stirling Castle and we chose to hike up the Back Walk. There's a small section beside the library but the main part starts beside the Municipal Buildings and is "guarded" by Campbell Bannerman and Rob Roy. (A few days after we went for our walk a fierce storm blew threw Scotland and the tree beside RR was uprooted.) 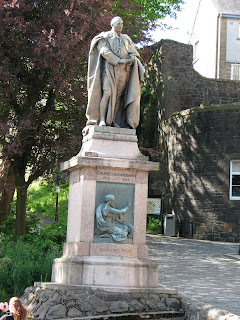 Sir Henry Campbell-Bannerman was the first leader of Britain to officially go by the title Prime Minister. Why is there a statue of him in Stirling? He was Liberal Member of Parliament for Stirling Burghs from 1868 for about 40 years. He became Premier of Britain in 1905. 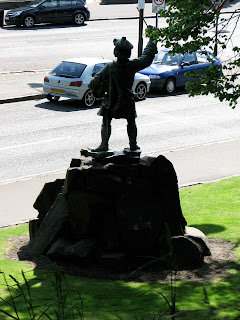 "Rob Roy" from behind. Still standing after a nearby tree was uprooted in a storm. 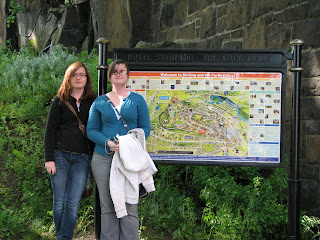 My two traveling companions, having inspected the map decide it is time to move on up the hill. 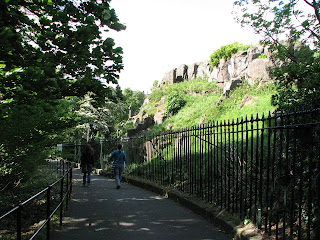 After a steep climb past a lot of old Stirling wall and historic buildings we are close to the top of the Walk. We took some time to pause and admire the views. 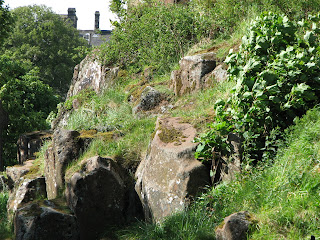 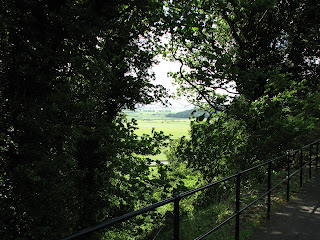 Looking out onto The Carse which once used to be an impenetrable bogland. It is now agricultural, part of the Forth River floodplain and a wonderful scenic view to see in reality from many areas of the Old Town and Castle. 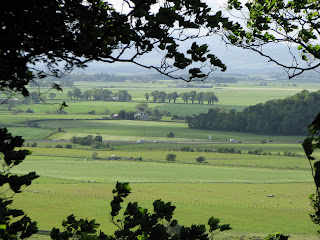 Near the top of the walk is a great stop off area - The Old Town Cemetery which is part of the Holy Rude Church. Due to the lateness of the afternoon we were not able to stay as long as we wanted. 'Tis a fascinating place to visit and I'll show you more next time :) 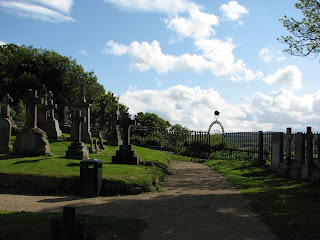 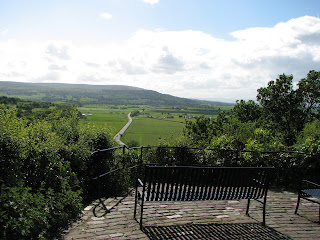 Carol
I was born and raised in Scotland but currently call Tennessee, USA home. My family includes the hubster, 4 rapidly "maturing" children, and a "white hairy beastie" more commonly recognized as a dog. I am interested in genealogy, embroidery, sewing, photography & quilting and will occasionally putter around with drawing and painting.

From Cheryl to me

from me to Joan, Mickie & Sue